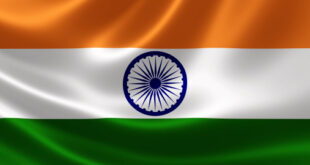 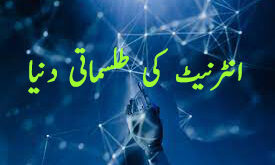 On the auspicious occasion of the second anniversary of Urdu Net Japan, I reached Tokyo on 28th of May, 2011, on its invitation. This function was organized in the grand Saitama prefecture Hall. Urdu Net is a premier online newspaper and representative of the Pakistanis residing in Japan. It is being published on the internet for the previous two years. It is quite astonishing to know that it has a readership in about fifty countries worldwide. It is so popular in Japan that, although Japanese have one of the busiest and hectic life schedules, they wait eagerly for it, talk to friends regarding its publications and review them also.

I am a regular reader and columnist of this online newspaper for the past one and a half years. Till date, numerous of my articles and columns have been published in it. During all these, I had telephonic conversations with Mr. Nasir Nakagawa. In February 2011, he informed me that they are going to celebrate the second anniversary of the newspaper like the first one and expressed his desire for me to be present there as the chief guest. After few days, I got a mail from him, containing information that the Urdu Net Organization has selected me the Best Columnist, 2010 and the honorable Jury Members have decided to give me the award. I could not ignore and avoid his sincere invitation and regular phone calls and finally decided to visit Japan. This function was scheduled to be held on 28th of March, 2011. So, I applied for the visa. Coincidently, my visa was confirmed on11th of March, 2011, the same fateful day; Japan was hit by the disastrous tsunami. So, the programme was postponed.

I arrived on the Nereta Airport, Tokyo on 28th May, 2011. Mr. AsgharHussain, who is very popular and highly respected among non-resident Pakistanis in Japan, was present there to facilitate me with a warm welcome. He hugged me with such a passion, as if we had an acquaintance for centuries. I was so glad because of his informal ways that the feeling of being a stranger started vanishing.

In the evening, I received a warm welcome by Mr. Nasir in the J. U. Hall of Saitama. Although it was our first meeting, the feelings in me told a different story. The programme started in a while. I was astonished to see that the Hall was fully occupied and overcrowded. Even those who could not even find a place to stand in the Hall ,stood outside. Participants came from far off areas, some even from distances up to 400-500 Kms. All present were Pakistani citizens, doing different kinds of business in Japan. Most of them are in motor business. I could easily notice the bond and unity in them. Urdu Net has played a pivotal role in uniting them. A few aged and old age persons were also present. Pakistani Embassy’s Deputy Chief of Mission, Mr. Imtiyaz and many other staffs of the Embassywere also present. Popular showbiz personality from Pakistan, Mr. Tanveer Jamal and many more prominent personalities were also present. Four important persons were awarded in this function. I received the award from Mr. Rafaqat Shah and the Shield of Honor was presented to me by the Chief Editor, Urdu Net. After that A grand dinner was organized. Everybody enjoyed the Karachi Style Biryani.

Next day, I was invited on lunch in famous Karachi Restaurant of Yashio city by senior journalist of Geo News, Akhbar-e-Jehan and Jung, Mr. Irfan Siddiqui. It was also attended by film director, Tanveer Jamal, Chief Editor, Urdu Net, senior Pakistani born Japanese of Nishi Trading, Asghar Hussain and many more prominent personalities. We had long conversation on Indo-Pak relation, Indo-Pak movies and journalism. After finishing delicious tea in Al-Kram restaurant, we left.

On 30th of May with Nasir Saheb and Asghar Husain Saheb I visited the lovely house of Mr. Talat Beg. He is one of the founders of Urdunet Japan. He welcomes in a grand manner. His love and honors are memorable for me.

On the invitation of Minhajul Quran Internationl on 30th May, I reached Ibara prefecture’s Bandu town where I offered the Isha Namaz in an under construction mosque. There I was honored with the company and hospitality of the Chief Director Mohammad Inamul Haq, President Mohammad Salim Khan of the mosque, Hazrat Hussain, Haneef Mughal.

In the last evening of my journey, dinner was organized in an Indian restaurant in Kawasaki town of Khanagawa Prefecture by Pakistan Association, Japan. I was honored to meet the General Secretary of the Association, Altaf Ghaffar and many others. In this way, with all their love, respect and hospitality, I was not struck by even a shred of feeling of being out of my home and country. Ultimately, I reached India on 1st June, 2011 with pleasant and sweet memories and experiences.